Have you ever heard the song Hollywood by Madonna? If you’re unfamiliar with this song, allow me to highlight some of the lyrics that the queen of pop belts out that are somewhat reminiscent to what Hollywood is actually like, “Everybody comes to Hollywood, they want to make it in the neighborhood; they like the smell of it in Hollywood, how could it hurt you when it looks so good.” Madonna’s lyrics accurately depict what Hollywood encompasses, a city that is hyper fantasized by people who were not born in Los Angeles who usually have preconceived notions of what Hollywood is supposed to be like based on movie’s they’ve seen on the big screen. I have a love-hate relationship with Hollywood. I spent my early 20s learning the ropes of this city while working in television so I can attest to what it’s like to live in LALA land, and unfortunately; living in Hollywood isn’t all that its cracked up to be. Don’t get me wrong many perks come with living in this amazing city like rocking a bikini in November, dining at delicious 5-star restaurants, and most importantly shopping at some of the most fabulous boutiques on the planet. Since I’m a major shopaholic I love shopping for  fun pieces like this long sleeve floral shirt that I scored a couple weeks ago during my visit in Los Angles.

Denim Trends Every Fashion ‘It’ Girl is Wearing

How to Get Bikini Ready for a Last Minute Beach Holiday 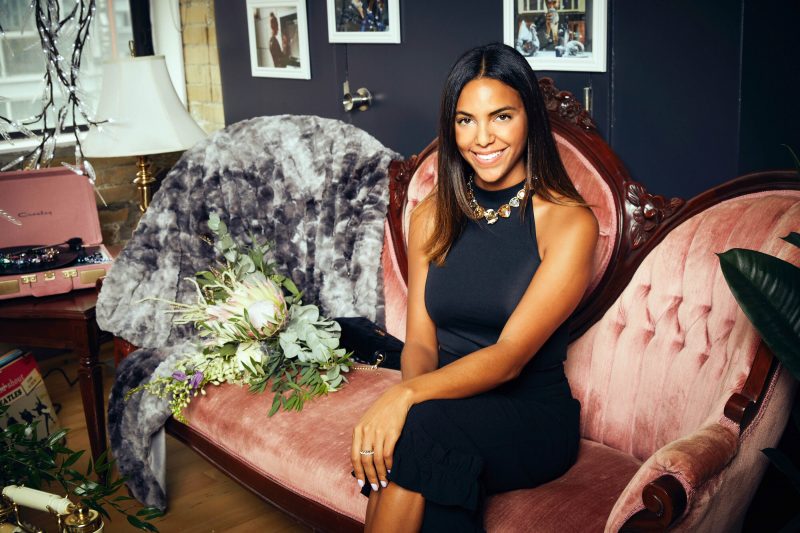 Britney Wilson is a fashion stylist, interior design consultant and lifestyle blogger based in Toronto, Ontario. Before launching Pretty Little Hangers as a creative outlet to showcase her personal style and vivacious personality, she was working in television production in Los Angeles, California producing content and managing talent for major television networks like E! Entertainment and Nickelodeon.